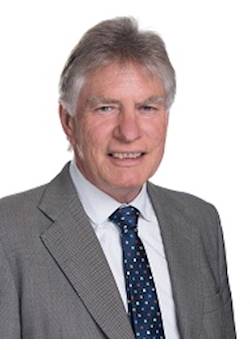 
Tony Andrew specialises in selling businesses in manufacturing and distribution. He also sells service providers that have a high proportion of intangible assets value and businesses in information technology.

He has diverse experience from a business career that started with executive roles in the media sector and progressed through to his founding, development and sale of a communications agency to a listed London company. While New Zealand manager of an international communications group he worked at senior level with an extensive range of local and international brands, companies, institutions, NGOs and government departments. He was an advisor to the New Zealand 1990 Commission and worked extensively in Europe coordinating opportunities for New Zealand companies through a Universal Exposition.

He bought and on-sold a national retail chain after reconfiguring it into a franchise group to meet changing market conditions.

Tony is a Past President of the New Zealand Europe Business Council and past Board Member of the British New Zealand Business Association. He spent many years as governor of a major independent school and five years on the Executive of the Independent Schools Association. He is a registered celebrant and coordinated the establishment of a business group to fund the restoration of an Auckland historic building. Tony lives with his wife in rural East Auckland and sails as often as possible.